Welcome to more of our new event here at the Cape Cinema, Great Art on Screen. This series features documentaries about some of the world's most famous artists, museums, and wonders, complimenting our already popular Exhibition On Screen series which you can find here. Catch a show on a Tuesday night at 7:00 pm or the following Monday afternoon at 1:30. **Note: Due to high volume of this series, dates may be subject to change for those shows which are still months out.** Frida - Viva La Vida is a cinematic documentary event film that highlights the two sides of Frida Kahlo’s spirit: a revolutionary pioneering artist of contemporary feminism, and on the other, a human being tormented by agony and love.

With Asia Argento as narrator, the two faces of the artist will be revealed, by pursuing a common thread consisting of Frida’s own words: letters, diaries and private confessions. The documentary film event will alternate interviews with historical documents, captivating reconstructions and Frida Kahlo’s own paintings, kept in some of the most amazing museums in Mexico. 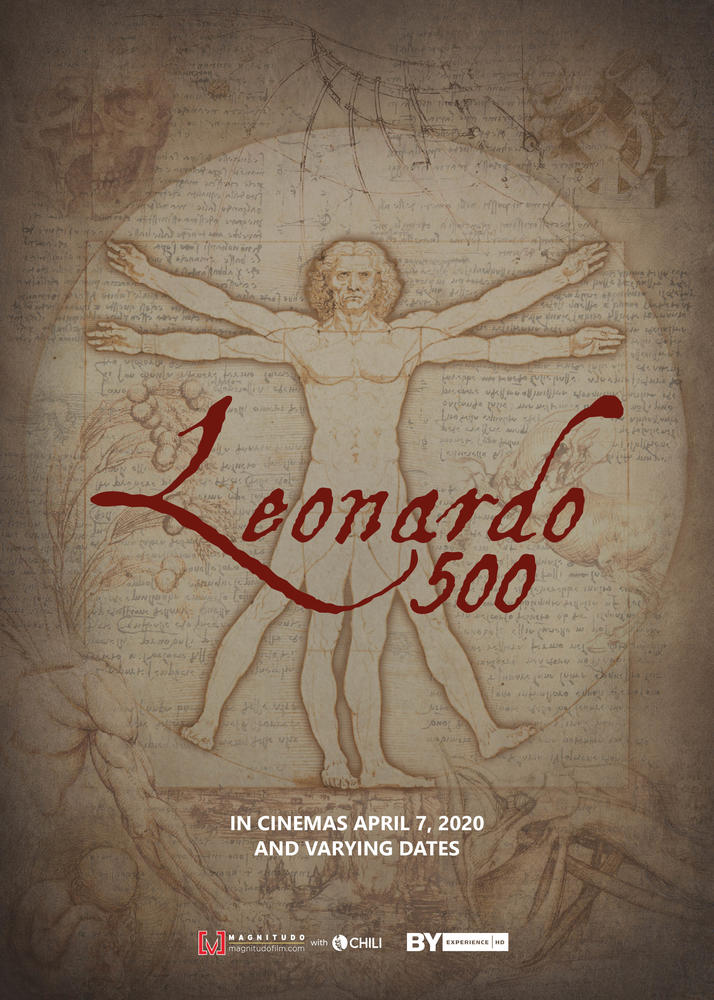 Five hundred years after his death, Leonardo continues to be one of the most admired and well-known figures in human history. An artist, architect, humanist, naturalist and military strategist, Leonardo Da Vinci was, above all else, a tireless observer constantly searching for new discoveries.

Through the use of decades-long studies and research by leading international experts, technicians and engineers, the event film exclusively analyzes the theories and modern implications behind Da Vinci's work, allowing audiences to witness the genius of Leonardo with new and insightful perspectives. Hermitage: The Power of Art

A spectacular documentary event tours through St. Petersburg’s State Hermitage Museum, a wonderful complex of buildings with the largest collection of paintings in the world, to retrace two and a half centuries. Audiences pass through the magnificent interiors that provided a meeting point for foreign artists, architects and intellectuals creating connections through art and culture.

The history of the museum is marked by the acquisitions of the enlightened Empress Catherine II, whose personality has continued to fascinate art historians and critics over the centuries. Toni Servillo leads us on this journey through the Hermitage and the magnificent city of St. Petersburg with its waterfront, statues, canals and the bridges that form a symbolic cultural and visual element between places and distant civilizations. Everybody knows the T-Rex and the other dinosaurs we normally hear about and see on exhibition in natural history museums. But where do they come from? How do these giant creatures of the past end up on display?

The documentary event film “Dinosaurs” traces the path of these fascinating pre-historic creatures from digging sites in the wide-open plains of Wyoming and South Dakota, where the bones are first unearthed, to the labs where the bones are reassembled by some of the world’s most renowned experts. This is a thrilling journey that takes viewers to the world’s most exclusive galleries and auction houses, where wealthy collectors and prestigious scientific institutes go to great lengths to acquire the world’s rarest specimens. 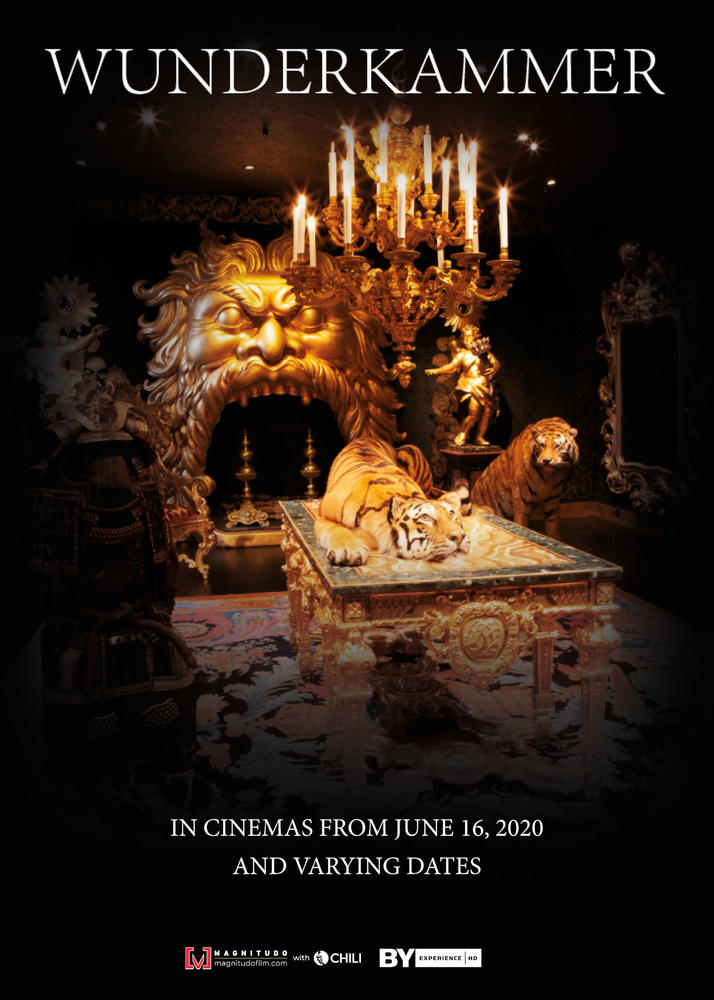 The Wunderkammer – also known as "cabinets of curiosities" – emerged among sovereigns and elite collectors in the 16th century.

There are extraordinary rooms all over the world: the Renaissance cabinets that became some of today’s major museums over the course of the 18th century, and those of the present, whose contents come from the most prestigious galleries displayed in amazing villas and castles.

The documentary event film allows viewers a never-before-seen look into these secret places filled with eccentric and priceless oddities in private collections to reveal the wonder that lies inside them. 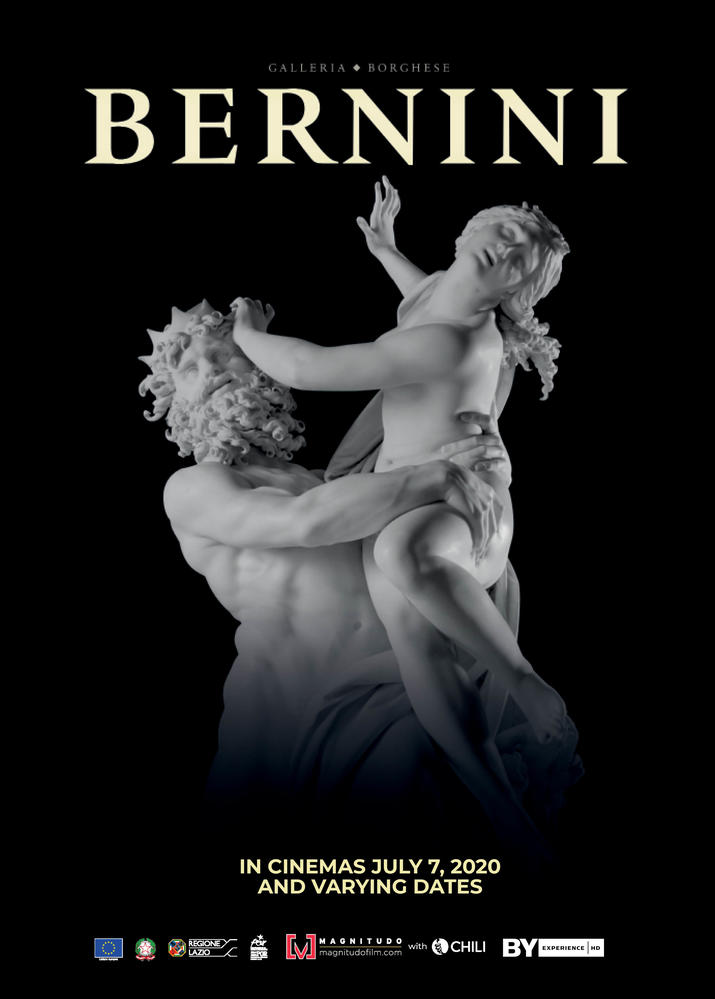 "No artist defined 17th-century Rome more than Gian Lorenzo Bernini did, working under nine popes and leaving an indelible mark on the Eternal City. And there is probably no better place to appreciate his talent and genius than the Borghese Gallery in Rome… But during the remarkable exhibition titled 'Bernini,' visiting may be a once-in-a-lifetime experience." - The New York Times

The selection of more than 60 masterpieces on display at the Villa Borghese in Rome has been defined by art experts as Bernini’s return home. Five centuries have passed since the birth of the artist’s magnificent sculptures and through exclusive, never-before-seen footage, the curators of this stunning exhibition uncover the details of these treasures, on loan from the world’s most prestigious museums for this extraordinary cinematic experience.