The Bolshoi Ballet of Moscow returns to the Cape Cinema big screen for another season. Join us for seven wonderful productions from October into April, captured live the same day and broadcast here for you to see! Shows marked (Encore) are broadcast from past performances. All shows begin at 1 pm.

Despite each of their families being merciless enemies, Romeo and Juliet are deeply in love. The rivalry between the two families will cost Mercutio’s life, causing Romeo a desire of vengeance for the loss of his friend. 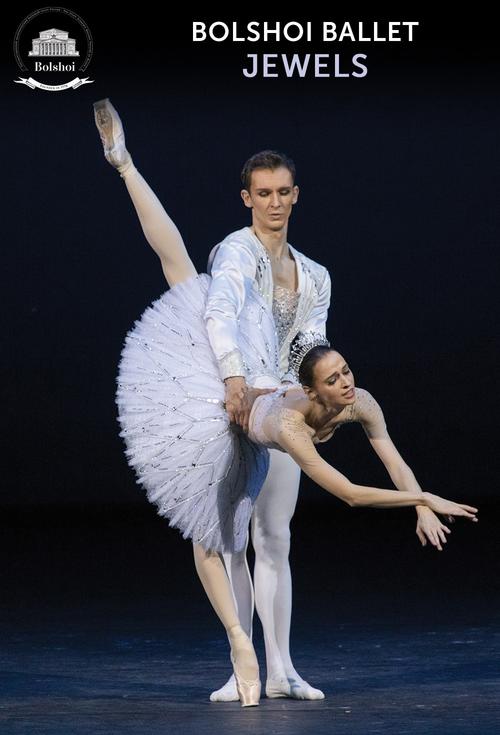 This opulent triptych was inspired by Balanchine’s visit to the famous jeweller Van Cleef & Arpels on New York’s Fifth Avenue, celebrating the cities and dance schools of Paris, New York and St. Petersburg, each bound to its own precious stone: emerald, ruby and diamond.

Balanchine built an homage of captivating beauty to the three dance schools that had forged his style, each represented by a contrasting gemstone. Jewels offers a unique occasion to enjoy the genius of choreographer’s visually captivating work performed by some of the world’s most dazzling dancersin a live broadcast to cinemas.